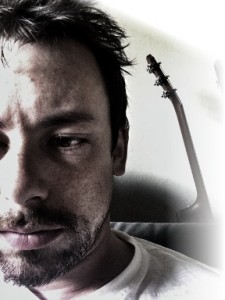 I always had a feeling that I would probably have died by the time I was in my late 20s.

I don’t really know where that came from, but it’s something that had plagued my mind since my early teens. Looking back I think it probably has its roots in the fact that I didn’t really want to be the person I was – perhaps I was giving myself until my late 20s to sort that shit out, I don’t know.

Anyway, having watched the wonderful Channel 4 film by James Rhodes, and finding myself breaking down into a blubbering mess on more occasions that I care to mention, I have been left feeling somewhat empty.

And it is, to some extent, wonderful.

Wonderful in the sense that it has made me, for the first time, admit to myself that I am not any of the persons I have tried so hard to be for the past 30 years. Maybe that is an exaggeration – I’m sure I did whatever the fuck I wanted to do as a child, but that soon gave way to shaping myself into a sculpture, a piece of artwork[ref]Albeit, a funny looking one[/ref], a scripted character, to fit the expectations and gain the approval of whichever group of people I needed to impress or be accepted by at that given time.

It’s something I imagine everyone does to some extent – a learned behaviour from adolescence perhaps? However, I have come to the realisation that it has been particularly detrimental to me – in fact I am shaking like a fault line just typing this out, such is the trepidation of this realisation.

It is also terrifying.

Terrifying because it is something I have to work on; work that will take a lot of time and effort, and probably cost me a lot. Terrifying because it is leading me to admit, also for the first time, that there is actually not a single person who knows who I really am – because I don’t either. The closest I can come to defining myself is based on realising what I’m not. That’s not good enough.

It has caused me to sink into levels of depression that I have told no-one about (not even my closest friend knows how close I have come to suicide; nor how often). Depression that has led me to do numerous things in my life I am incredibly ashamed of (which fuels further depression etc, you know the drill…).

My insistence on denying myself my own real identity has stifled me creatively too. I can think of no song I have ever written “from the heart”. I’ve always reflected the emotions that I think people want to hear about – I’ve been scared to say what I really think, so much so that I am not sure I know what I really think!

I’m sure I must sound like a whiny fourteen year old. Every fibre of my being is screaming at me to apologise for that, but it’s exactly that kind of shit that needs to stop.

So, I’m taking time out to figure out what it is I’m really like. Who do I actually want to be. I am sure there will be friends who will not like that person! Though, I hope that isn’t the case.

Please also understand that this is not a stunt for attention – it is quite the opposite. I am asking for space and informing those who know me that I’m in an extremely difficult place right now, and to plead for their patience – at the risk of sounding terribly dramatic, I am trying to save my own life.

There is certainly a lot more I could say, but I won’t – I have probably already said too much!

Please bear with me.

This entry was posted on Thursday, July 25th, 2013 at 3:47 pm. You can follow any responses to this entry through the RSS 2.0 feed. You can leave a response, or trackback from your own site.